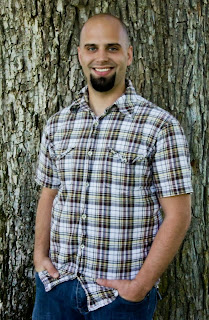 Q: First of all, let's start with the good stuff. Everyone loves a good publication story. Tell us yours!
A: I signed with Pandamoon Publishing after a #pitmad event on Twitter. I actually received interest from two lit agents and another small publishing company from that event. After querying for about a month, I signed with Pandamoon due to their marketing plan and vision for "The Earth Bleeds Red."
Q: What was the biggest obstacle you, personally, encountered as a writer?
A: The biggest obstacle is finding the time to write. I work full time and go to school full time. I'm also married with four kids. If I could only find a few more hours in the day...
Q: And the biggest strength you had?
A: My biggest strength has been a supportive wife and family. My oldest daughter loves to listen to my ideas and read my books as soon as I let her. It's nice to have the people that love you, take an interest in what you care about.
Q: You've listed some illustrious inspiration! As a person with degrees in both literature and creative writing, I love to get all nerdy about specific literary influences. How did each of the authors you listed as inspiration influence your work? Technically? Personally? Inspirationally?
A: My favorite author is Joyce Carol Oates. Her novel, "Them," is the best book I've ever read. It influenced me as a reader, a writer, and a person. It helped me to write with a degree of heartache that we all secretly hope to read about.
Q: A thriller releasing on Halloween! That's an exciting promise for your readers. What do you feel readers can most look forward to from your book? What makes it unique? What's going to keep me up reading and then keep me up because if I close my eyes SOMETHING WILL COME OUT OF
THE DARK AND GET ME?!
A: "The Earth Bleeds Red" is a literary suspense. It will force you to question why bad things happen to good people. A perfect family has lost their only daughter, and a serial killer is on the loose. I think you will find yourself on a bit of an emotional roller coasting- hoping that justice is somewhere to be found. 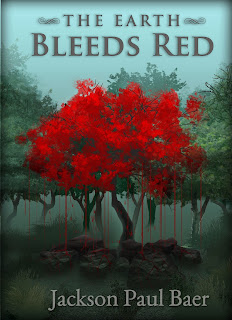 Scott and Jessie are a couple in love. Ashley, their only daughter, is 17-years old and has vanished; leaving behind nothing but a pool of blood. Her strange disappearance is quickly thought to be a homicide. Her cozy, northwest town is stunned when police find the body of another girl at the bottom of the Willamette River. The eerie signature found on the girl links to a monster dubbed the Hail Mary Killer. While Scott searches for Ashley, the FBI feels convinced that she is the killer’s latest victim.

In spite of three other bodies with the same distinct marking, no one prepared themselves for the discovery in southern Oregon. Local hikers stumble upon a car in the mountain brush and a tattooing needle with an evil history surfaces inside. A cabin appears nearby with another gruesome discovery. Scott finds some solace in his friendship with Father Henry as he and Jessie try to salvage their marriage and move on beyond the loss of Ashley. The FBI finally catches a break when they unearth the dark past of the Hail Mary Killer’s family. What emerged in his basement is more terrifying than anyone could have possibly imagined.
What happens to the Miller family and Father Henry will shake your soul and keep you reading till the last page.


Author Bio:
http://jacksonpaulbaer.com/about-2/
Posted by Heidi at 8:06 AM No comments: 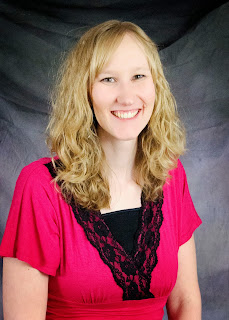 First I’d like to thank Heidi for being a part of my blog tour, and hosting me on her blog today! Let me introduce myself. I’m Stacy Lynn Carroll. I write Young Adult Contemporary Fiction. I like to add a little romance into my books as well, but not the over-the-top mushy stuff. By day, I am a Mommy to three little monkeys who keep me very busy. By night, I turn into “Writer Woman”. Da da da! Sometimes it’s more like “I’ve had a Long Day, How am I Going to Write?! Woman”. But no matter which one appears, there is still the word “write” in it.

I always enjoyed writing, from book reports and short stories in elementary school, to poetry, 20-page reports, and longer stories as I got older. But it wasn’t until ninth grade that I realized I might be good at it. There was a writing contest at our school and my English teacher offered extra credit if we entered. Well, I wasn’t so good at the whole homework thing, so I knew I needed the extra credit. Lo and behold my poem won for my school, my district, my council, and eventually went on to compete at the state level. I entered every year after that and won every year. Sweet! I had a future! When I got to college I got my degree in English, with an emphasis in creative writing. During college, I worked at the school’s writing center, helping other students write their papers, and tutoring students who were ESL or struggled with English classes. As part of my work, we were required to take classes in both writing and editing. This was when my passion really grew! I knew I not only wanted to write, but I wanted to be an author and write novels. I wanted to inspire people, and give them an escape from their own lives.

After college, I got hired as an editor for a small publishing company. Then when the company moved and I was unwilling to move with them, I went on to write/edit Operation and Maintenance manuals for an engineering firm. (Boring!) That’s when my husband and I started our family and I was able to quit work and become a fulltime mom. (Hallelujah!) I also finally had a little more time to spend on my own writing and when my daughter was eighteen months old, my first book (The Princess Sisters) was published.

I have only been a published author for a little over three years now, but as I look back and reflect on my experiences, I have learned a lot about writing. I know I will always continue to learn as well. The number one best piece of advice I think I’ve ever been given as a writer, came from another writer. He told me to write every single day, whether it’s one sentence or five chapters. That way, no matter what, I’m always making progress and in the end, I will have a finished book. Before this technique was revealed to me, I think I had some strange idea that you had to write eight hours a day to be a “real” author and to ever finish a book. But I took his advice and eighteen months later, I had the proof that it worked in my hands.

Another technique which helped me get past some hurdles was never edit-as-you-go. That’s not to say you shouldn’t correct a misspelled word when you see it. But don’t spend your time trying to fix and polish each paragraph as you go, or you could wind up in an endless cycle of always editing and never really making any progress. It’s best to keep writing, then edit when the entire book is finished. That way you will actually finish the book, and it will turn out better in the end. Along these same lines, don’t ever edit your own work. Definitely check your own writing before passing it on, but don’t only edit on your own. Our brains are created in such a way that as we read over our own writing, we will read what’s in our minds and not what’s actually on the paper. Always hire at least two other editors to look over your work to catch mistakes and offer suggestions to help make it better.

I continue to learn more writing techniques all the time, but the last one I want to share for today is about writing descriptions. Everyone has heard of “Show Don’t Tell”, but frequently we are given this advice without actual suggestions for how to accomplish it. I am going to give some simple examples. Don’t use “was” to describe something, when you can use one of the senses to enhance description instead. Here are a couple examples from my own book. Instead of saying, “The bathroom was disgusting.”  Try: “Now that her mission was complete, she realized just how bad the tiny bathroom reeked.  It was worse than any outhouse or port-a-potty she’d ever been in, and this was inside a house!  She wanted to splash some water on her face, but one look at the sink told her she could get a number of diseases just by touching it.  The amount of hair, grime, and unidentifiable smudges on the counter and sink made her wonder if the bathroom had ever been cleaned before.  She saw some green near the faucet and leaned in for a closer look.  Yeah, that’s definitely growing something.  Snow White covered her mouth as she began dry heaving.”

The second example is instead of simply saying, “He was handsome.”  Try something like: “Everything from his tan skin to his dark hair and eyes reflected his Latino roots.  But his flawless American accent indicated he was second generation. His character grinned, revealing his perfect white teeth, embellished by a dimple on the right side.  His dark, long lashes winked right into the camera during a close-up shot and Snow White actually giggled.  She quickly covered her mouth in embarrassment, looking around, but her cousins were too lost in his charming voice to notice.”
As with everything else in life, we learn from experience and past mistakes. Most of the techniques I’ve learned have come from other writers. I am always looking for ways to learn and from suggestions from other authors on how to better myself and my writing. The moment you stop learning is the moment you stop living! 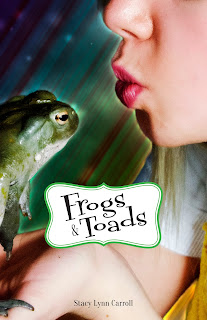 One kiss can change the future...for better or for worse.
Belle and her cousins have conquered their fears. Now as they navigate their way through the dating world, they start to see a "happily ever after" on the horizon. But when an unexpected school assignment forces them to examine their past, the Princess sisters realize they have a lot of questions about the fathers they've never met. Secrets are revealed, long lost family members are discovered, and now the girls must decide who belongs in their future and who should be kept in the past.

Author Bio:
Stacy Lynn Carroll has always loved telling stories.  She started out at Utah State University where she pursued a degree in English, learned how to western swing, and watched as many of her fellow students became ‘True Aggies’.  She then finished her BA at the University of Utah where she got an emphasis in creative writing.  After college she worked as an administrative assistant, where she continued to write stories for the amusement of her co-workers.  When her first daughter was born, and with the encouragement of a fortune cookie, she quit her job and became a full-time mommy and writer.  She and her husband have three children, two Corgis, and a fish named Don.
Links:
Frogs & Toads: http://www.amazon.com/Frogs-Toads-Princess-Sisters-ebook/dp/B00G47G83Q/ref=sr_1_1?ie=UTF8&qid=1383109118&sr=8-1&keywords=Frogs+%26+Toads+carroll
The Princess Sisters (first book): http://www.amazon.com/Princess-Sisters-ebook/dp/B005D5J3I2/ref=sr_1_1?ie=UTF8&qid=1383109260&sr=8-1&keywords=the+princess+sisters
Posted by Heidi at 11:18 AM No comments: